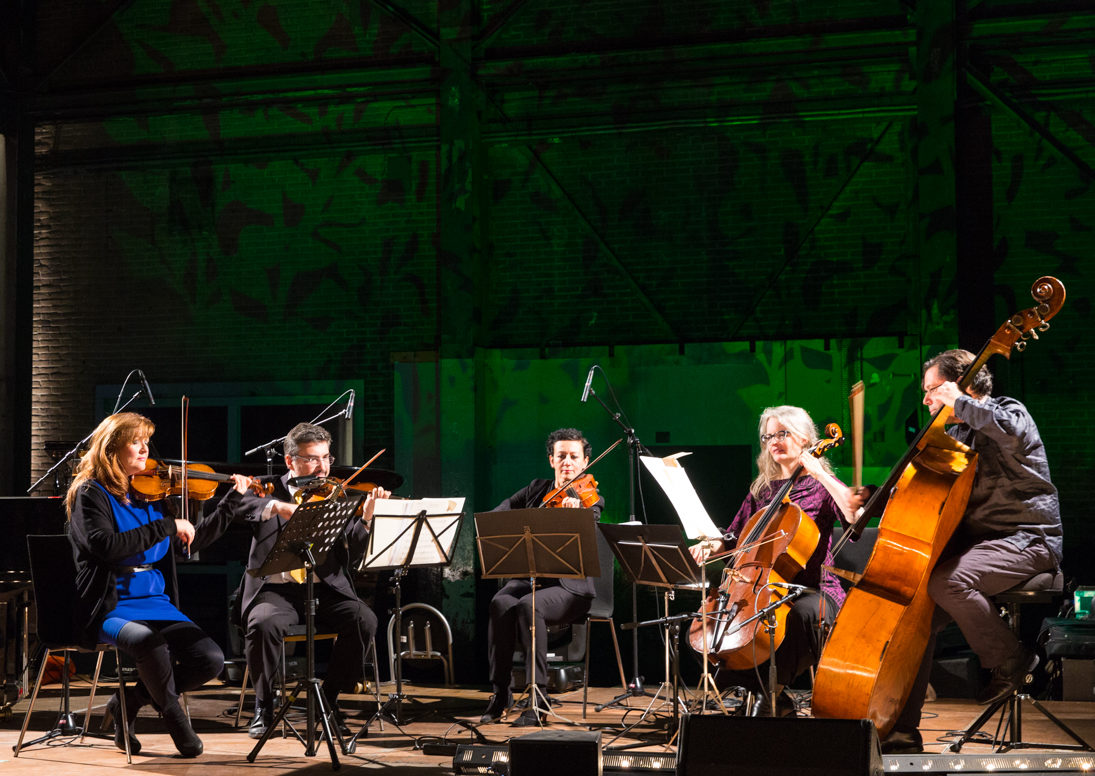 Julija Hartig was born in 1972 in Yugoslavia and got her first violin lessons at the age of 5. As a young talent she won several prizes. Julija studied violin at the Academy of Arts in Novi Sad (Yugoslavia). After she graduated, she was engaged as an assistant of her former teacher E.A. Chugaeva at the same conservatory.

Since 1994 Julija lives in The Netherlands, where she studied further with Ilya Grubert at the Rotterdams Conservatory and with Keiko Wataya at the Utrecht Conservatory where she graduated cum laude. As a soloist, Julija performed with various orchestras, like the Radio Kamer Filharmonie (NL), Radio Symphony Orchestra of Belgrado and the St. Georges Strings. Julija is a member of the first violins of the Radio Philharmonic Orchestra (NL) and is also a member of numerous ensembles, like the Duo Hartig-Broekhans, The Hungry Gods, Roctet, Trio BeAms and Ensemble Rei. She is one of the musicians of SPLENDOR and co-initiator of the collective LUDWIG.

Alexej Pevzner was born in 1972 in Moscow. He took his first violins lessons by his father at the age of six. Later he continued his studies at the famous “Gnessin Music School” and at the Music College of the Moscow Conservatory.

Since 1990 he lives in The Netherlands, where he completed his violin studies at the Sweelinck Conservatory of Amsterdam. After that he continued his studies with orchestral conducting at the Maastricht Conservatory. Since 1994 Alexej Pevzner has been a member of the Gelders Orchestra (Arnhem Philharmonic) in the position of second concertmaster. In addition he regularly  performs with various ensembles both as a violinist and as a conductor.

Eirini was born in Athens, where she had her first violin lessons at the age of 6. Her affection for a deeper sound made her turn to the viola. After she graduated from the Athens Conservatory she continued studying with Matthias Maurer at the “Hochschule für musik” in Graz, Austria. She has worked together with various orchestras and ensembles and participated in many chamber music formations, both in Greece and Austria, before she moved to The Netherlands in 1998.

Sarah Walder is renowned viola da gamba  soloist in passions and oratoria. In recent years she is often performing her own solo-program, with her own work for cello and loop station. In 2016 she started “The Arizona Project”, an attempt to bring classical music closer to the every day life. In the field of lower historical stringed instruments, Sarah plays a huge range, from Medieval to 21st century: vedel, viola(s) da gamba, baroque cello, classical and modern cello (inclusive electronics!).

Aristotelis Potamianos is since 1998 the principal double bassist of the Gelders Orchestra (Arnhem Philharmonic). As a free-lancer he played with many Dutch orchestras and ensembles, like the RCO, the Rotterdam Philharmonic, the Radio Filharmonic , Asko/Schönberg a.o. He loves to play chamber music in all possible combinations and genres. In addition to the Ensemble Rei, he is a member of the  Gelders Contrabass Ensemble and the avant-garde ensemble “The Hungry Gods”.

Aristotelis was born in Athens, where he begun his musical education: he studied double bass at the Athens Conservatory. After his graduation in 1992 he continued studying at the Rotterdam Conservatory, until he graduated in 1997. During his studies he has followed masterclasses or had private lessons with some famous double bassists: Todor Toshev, Thomas Martin, Jean-Marc Rollez.

In diverse chamber music projects, he has  worked together with international top musicians such as P. Badura-Skoda, P. Plavner, B. Gorzynska, M. Maurer, R. Moog, Y. Chang Cho and the Mozart Piano Quartet.

Aristotelis plays on a double bass made by Adolfa Berretta, property of the “Stichting Mecenaat HGO”.